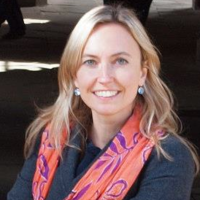 I am an Assistant Professor and Director of Studies of European Public Affairs MA program at the Department of Politics at Maastricht University in the Netherlands.

I am also an Affiliated Research Fellow at the Department of Politics and International Studies at the University of Cambridge. From July 2012 until June 2014, I worked here as a Marie Curie Fellow, carrying out my research project, funded by the 7th Framework Program, on the European External Action Service (EEAS) of the European Union as a multinational bureaucracy. I was also a Research Associate at Sidney Sussex College.

Since 2013, I have been a co-convenor of the 'EU as a Global Actor' Interest Section of EUSA (European Union Studies Association).

In the academic year 2013/2014 I convened the Europe Research Seminar series at the Department of Politics and International Studies at Cambridge. You can see past and future talks here: http://talks.cam.ac.uk/show/index/45225

In the recent years, I have been a visiting fellow/scholar at the Centre for Transatlantic Relations at Johns Hopkins University in Washington D.C., Centre for International Relations in Warsaw, Pembroke College at the University of Cambridge.

You can also find me on academia.edu and google scholar.

2013: The EU and its Neighbours. Values versus Security in European foreign policy, Manchester: Manchester University Press.

(with Gergana Noutcheva and Giselle Bosse)

The Hague Journal of Diplomacy,Vol. 7, no. 1. (with Sophie Vanhoonacker and Petar Petrov)

2014: The Influence of the Newer Member States in the European Union. The Case of Poland and the Eastern Partnership

2013: In the face of adversity': Explaining the attitudes of EEAS officials vis-a-vis the new service

2012: Poland in the Driving Seat: a Mature Presidency in Turbulent Times

2011: The Presidency in EU External Relations: Who is at the helm?

2010: Secretariat, Facilitator or Policy Entreprenour? Role perceptions of the officials of the Council Secretariat

2010: Poland’s Power and Influence in the European Union: the Case of its Eastern Policy

2007: The deadlock that never happened: The impact of enlargement on the Common Foreign and Security Policy Council Working Groups.

2007: The Impact of Enlargement: Europeanisation of Polish Foreign Policy? Tracking adaptation and change in the Ministry of Foreign Affairs.

In: C. Bretherton and M. Mannin (Eds.) The Europeanisation of European Politics, Palgrave (with Nick Wright)

2013: Conceptualising the EU’s Role in the Neighbourhood

2013: Values versus Security? The Choice for the EU and its Neighbours

In: H. Sjursen (Ed.) The EU’s Common Foreign and Security Policy: The Quest for Democracy, London: Routledge. (with Ana Juncos)

2011: Belgium at the Helm of the EU External Relations. A Successful Non-Presidency

In: S. Van Hecke and P. Bursens (Eds) Belgian Presidency of the Council of the European Union, Antwerp: Academic and Scientific Publishers. (with Sophie Vanhoonacker and Heidi Maurer)

2007: Facing the challenges of the direct neighbourhood: the policy of the European Union towards Ukraine after the 2004 enlargement

In K. Kosior and A. Jurkowska (Ed.), Beyond the borders: Ukraine and the European Neighbourhood PolicyUniversity of IT and Management: Rzeszow.

2011: Research Based Learning at Maastricht University. A Case Study on Interdisciplinary Project on Europeanisation

Journal of the European Higher Education Area. (with Mariolina Eliantonio)

Report of the Centre for International Relations (CSM), (Warsaw) (with Sophie Vanhoonacker and Heidi Maurer)

2009: Poland and the EU’s Eastern Neighbours: Europeanisation and policy ‘uploading’

2006: The EU and Belarus – challenges of promoting security in the neighbourhood

In the last five years, I maintained a special interest in International Relations, European Foreign Policy and the foreign policies of Eastern European states, especially Poland. My research interests have always gravitated around the role of individuals in international institutions, the ways in which their preferences and beliefs are shaped, patterns of socialisation and learning their undergo and, finally, the importance of the above for the decision-making processes and democratic accountability. I have sought inspiration beyond my disciplinary background of politics and International Relations, in particular in political sociology and social psychology. Together with my co-author, Dr Ana Juncos, we studied processes of socialisation in three different institutions: the Council Working Groups, Council Secretariat General and the newly created European External Action Service. We are currently finalising our monograph, looking at the last ten years of the European Foreign Policy and the role of the ‘Eurodiplomats’.

While, so far, we lack evidence for internalization of norms, there was a recurrent application of certain behavioural norms and discourse (what we called strategic socialisation) by diplomats who were positioned in a hybrid institutional environment (between their national capitals and the Council). We have argued that socialisation has led to the emergence of an informal code of conduct and a more co-operative style of negotiations, increasing the ability to achieve compromises at this level. For example, in a highly sensitive foreign policy area (with veto rules) there was a consensus-oriented atmosphere, a strong pressure on getting everyone on-board. While loyalty shifts have not occurred, diplomats’ efforts to maintain their credibility and reputation within the group and to follow the ‘rules of the game’ might still lead to deviations from the original mandate. The room for manoeuvre for national diplomats to re-write their instructions varies from member state to member state, depending on organizational issues.

Sometimes socialisation resulted in the emergence of new, informal, more pro-active and entrepreneurial roles, e.g. in the Council Secretariat. The data also showed that the attachment of officials to the European Union was stronger than to their countries. Hence, the initial fears of the member states concerning the establishment of a permanent bureaucracy in Brussels were proven correct. Council Secretariat officials managed to have an impact on the agenda-setting and the policy substance which challenged an intergovernmental view of the CFSP. We have also identified the ‘normative tensions’ in the institution between those who pushed for such development and those who considered it a ‘bad thing’. In the case of the European External Action Service, we had shown the difficulties with the organizational esprit-de-corps.

We have shown in our studies that many of the studied officials from the Council Secretariat and the Working Groups have played important role in decision-making, but remained ‘in the shadow’, which has important implications for democratic deficit and accountability. As secrecy is often viewed as a challenge to accountability in European foreign policy, we argued that very restricted access and operating on an informal basis all pose a problem. The paradox between retaining an effective and consensual decision-making and achieving accountability continues to pose a challenge in this regard.

I have always strived to keep my research problem-oriented by pursuing a methodology of interviews and questionnaires among the officials and thus staying updated regarding the recent developments in the policy world.

Since 2006 I have been involved with undergraduate and postgraduate teaching at the University of Maastricht.

Coordinator of the MA European Public Affairs course Lobbying in the European Union.

Coordinator of the 3 year BA course External Relations of the European Union.

22 November 2013: UACES Student Forum invited me to give a talk at their annual Conference in London on obtaining funding for research.

I was invited to chair two events organized at the Festival of Ideas at the University of Cambridge: 31 October 2013: Professor Christopher Hill ‘The EU’s foreign policy and soft power: too soft, and too little?’ and 2 November 2013: Mr Andrew Duff MEP ‘European Union: Frameworks for the Future’

paper co-written with Ana Juncos and presented at the 21st International Conference of Europeanists in Washington, DC (US)

‘Great Expectations, Unfulfilled Obligations: The Role of Poland and the V4 in EU’s Policy Towards Eastern Neighbours’

paper presented at the Annual UACES Conference in Passau (Germany)

‘Bringing individuals back in: socialization in European Foreign Policy’

paper prepared with A. E. Juncos and presented at the ECPR Joint Sessions of Workshops in St Gallen (Switzerland)

‘Socialisation of officials in the Council Secretariat’

paper prepared with A. E. Juncos for the EUSA Biannual Conference, Boston (US)

‘Are we there yet? From adaptation to Europeanisation of Polish foreign policy’

paper prepared for the EUSA Biannual Conference, Boston (US)

paper presented with S. Vanhoonacker at the international DSEU Workshop in Maastricht (The Netherlands)

‘Invisible and unaccountable? The case of Council officials and EU Foreign Policy’

‘Bringing individuals back in: socialization and European Foreign Policy’

paper presented with A.E. Juncos and the ECPR SGIR Conference in Stockholm (Sweden)

‘The Roles of Presidency after the Lisbon Treaty’

‘Socialisation of elites: officials from the Council Secretariat General’

‘Impact of Enlargement on CFSP Committees’

‘The EU Presidency in CFSP – the challenges for Poland in 2011’

paper co-written together with Prof. Sophie Vanhoonacker and Heidrun Maurer and presented at the conference “2011 – Polish Presidency in the European Union”, Opole (Poland)

Since 2013, I am involved in the training of Polish Diplomats in the Polish Institute of Diplomacy, which belongs to the Polish Ministry of Foreign Affairs. I deliver trainings on Common Foreign and Security Policy of the European Union and on the European External Action Service. I have trained diplomats at various levels of their career: from junior diplomats to serving Ambassadors. For example, in October 2013, I delivered a two-day training to a group of Polish Ambassadors who may be taking part in the forthcoming competitions for the high posts in the European External Action Service.

I have trained groups of officials from various countries. I ran a negotiation skills training for a group of Russian officials and diplomats from Moscow (at Aston University, UK), I trained Spanish officials from Madrid on the Common Security and Defence Policy (at the European Institute of Public Administration in Maastricht, the Netherlands); officials from the European Commission on the EU external relations or officials from Azerbaijan on EU institutions and the EEAS (at the College of Europe). 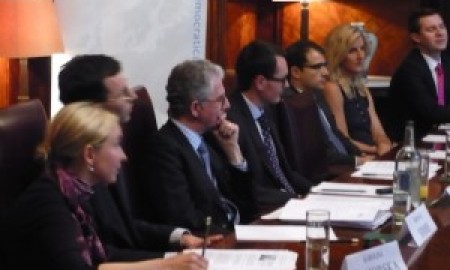 Debating the Ukrainian Crisis at the City of London

3 June 2014: the Project for Democratic Union organised an event in the City of London, at the Baltic Exchange, about the impact of the Ukrainian Crisis on the... 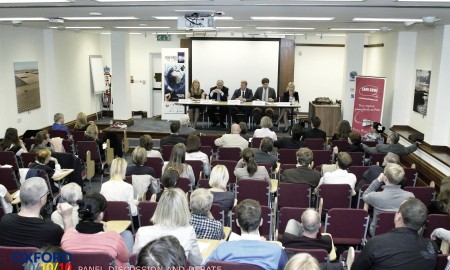 10 years in the EU, Debate at Oxford University

On 16 May 2014, I was delighted to take part in a panel organised at Exeter College of Oxford University on „10 years in the EU – Poles in...